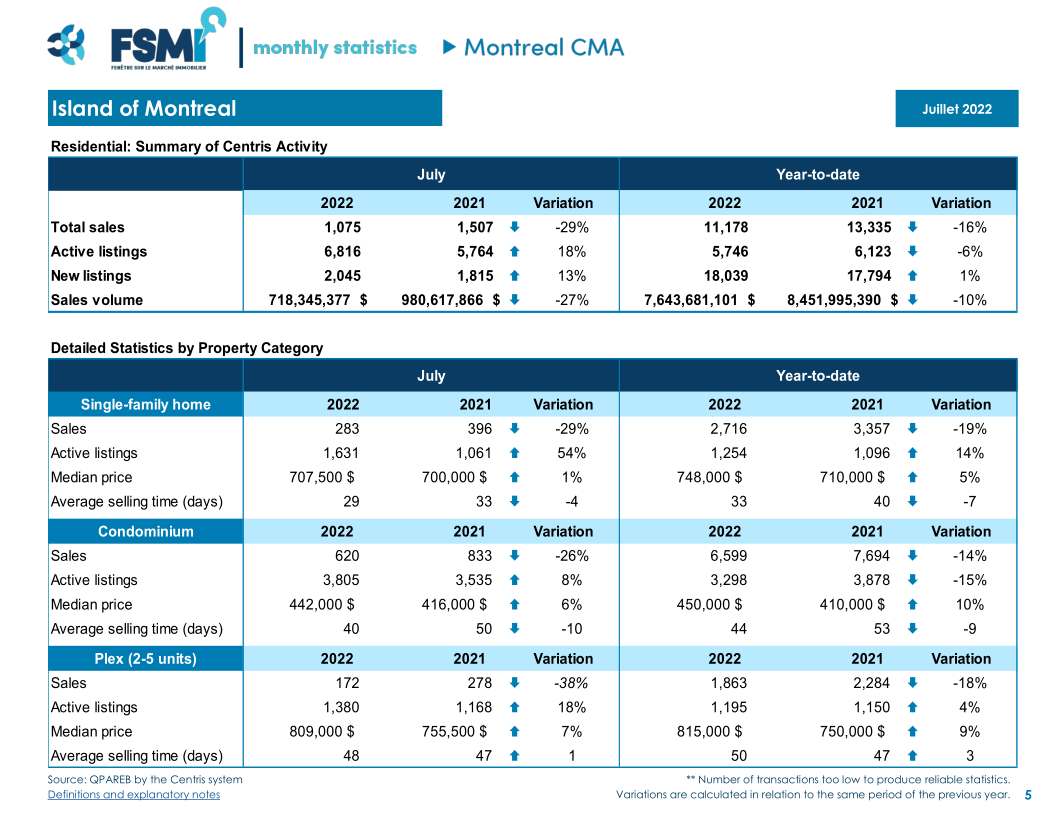 Since I’m back in Montreal, it seems like we’re getting some of that rain that other parts of the world are most desparate for. Temperatures have ranged from 22 to 28 degrees celcius with most mornings being on the cool side. It’s hard to believe that the end of summer is upon us, it’s so short lived that time feels fleeting.

While I was away, the Bank of Canada in July, enacted another huge interest rate hike of 1%. Of course the rising of rates is going to effect the amount of buyers and product on the market. There’s lots of talk that Toronto home prices will decrease by 25%

GTA home sales down 47% from last year, 24% from June: Toronto real estate board

TORONTO – The Canadian real estate sector might not be a buyers’ market quite yet, but a shift away from the rapid price increases of the past few years is well underway with home sales in both the Greater Toronto and Vancouver Areas dropping significantly.

The fact remains that although real estate prices decline in major cities like Toronto & Vancouver, Montreal has never had anywhere close to the frenzy and price points of these cities. As for foreign buyers, the data shows that they make up a very small percentage of buyers in the market. So is it fact or fiction, do foreign buyers effect the Canadian market?

““The stability and the share of non-resident-owned condos in Toronto and Vancouver, combined with the increase in Montreal after the introduction of the foreign buyers tax in Ontario and British Columbia, may indicate a shift in demand by non-resident buyers,” said CMHC’s Bon Dugan during a teleconference with reporters. “Other factors attracting demand to Montreal include lower house prices and a relatively strong local economy.”

“Nun’s Island, situated just off Montreal Island, which is known for its lofty homes, has also witnessed a boost in non-resident ownership, who comprised 4.3% of home owners in 2016, and 7.6% this year. Montreal, however, had 0.9% non-resident owners last year, and 1.5% this year. While it’s become indisputable that non-residents own newer and more expensive homes, they don’t compose a large enough share of homeowners to have any discernible effect on home prices.

Rather, a chronic shortage of supply coupled with high demand—which will only continue with the inflow of immigrants—and land scarcity are the most likely reasons for the affordability crisis that’s afflicting Vancouver and Toronto.”

They have been shouldering much of the blame for Vancouver’s and Toronto’s rapidly escalating housing prices, but foreign buyers, in fact, own less Canadian real estate than originally thought. They do, however, own more expensive abodes. CMHC and Statistics Canada just released numbers tracking non-resident ownership dating back to 2014.

It’s true that interest rates have been rising fast and steady which reduces the amount of buyers that can purchase and will slowly increase inventory levels on the market. At the end of the day, there are buyers that still want and need to purchase and sellers that want and need to sell. In a market with rising interest rates, buyers will want to exercise their locked in mortgage rate that is usually lower than the current rate.

Canada housing crash – mortgage professionals on how likely it is

The actual national home price sat at around $746,000 in April, according to the Canadian Real Estate Association, a figure that was 7.4% higher than the same month in 2021 despite the impact higher rates have had on the housing market.