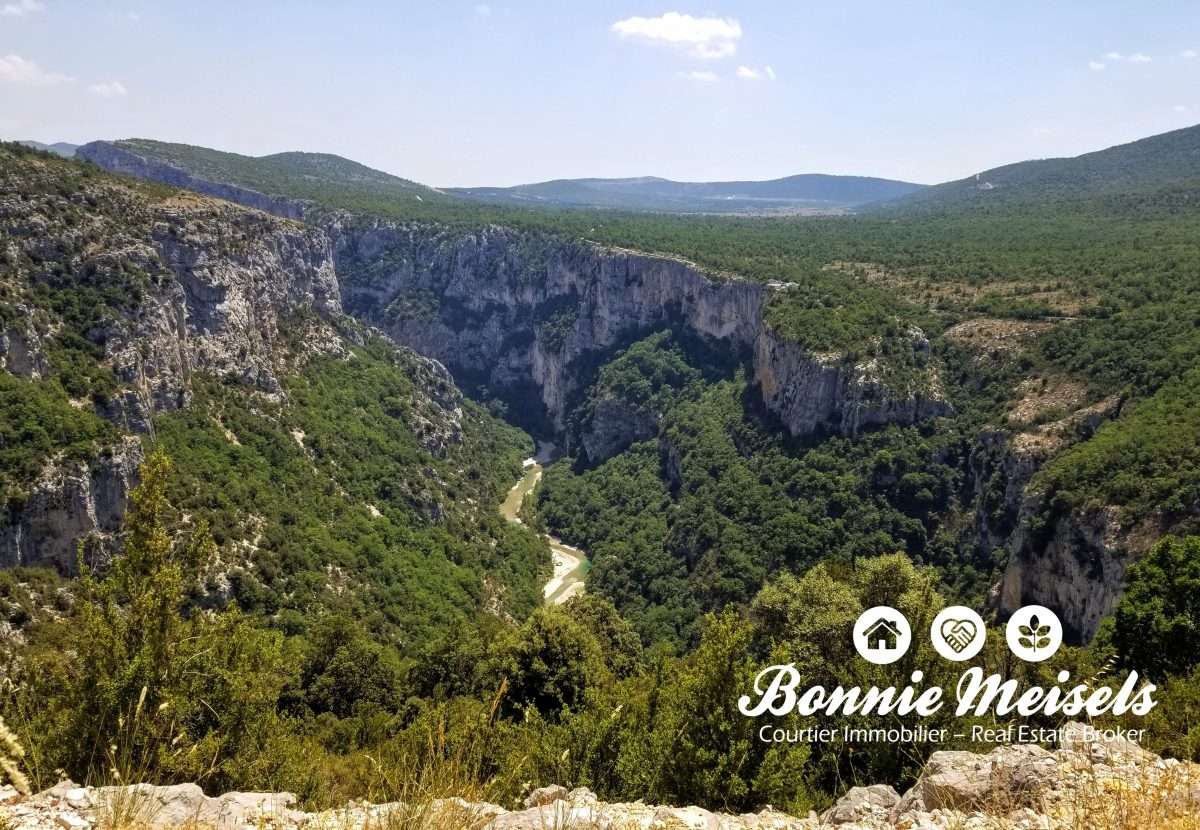 This summer I had the priviledge of visiting parts of the French countryside, Les Alpes-de-Haut-Provence and Provence-Alpes-Côte-d’Azur. Two stunning areas well known for the Gorges du Verdon which you could say is like the Grand Canyon of France as well as the famed lavender fields of Provence.

I debated as to whether to rent a car as I was travelling alone.  I don’t drive manual, and have heard alot about the twisty, white knuckled driving required through these parts. Truth be told though, the thought of doing a 10 – 11 hour tour and being picked up at 8am when on vacation were enough to get me to just say yes to taking the car and doing the mini road trip. I loved the freedom of being able to stop when and where I wanted, for as long as I liked, to take a ton of photos and videos of the magnificent views and landscapes.

The Gorges of the Verdon river is Europe’s ‘Grand Canyon’ (it is sometimes referred to as the ‘Grand Canyon du Verdon’) and is very beautiful. The canyon has been carved by the Verdon River, leaving the turquoise river now flowing at the base of high limestone cliffs, and because of its exceptional beauty is now officially listed as one of the ‘ Grand Sites of France’.

Driving and exploring through the many small villages like Riez, Valensole, and surrounding canyons around the Gorge du Verdon, I was alarmed at how receded the water was and the many parched fields where the lavender fields are normally glowing purple. 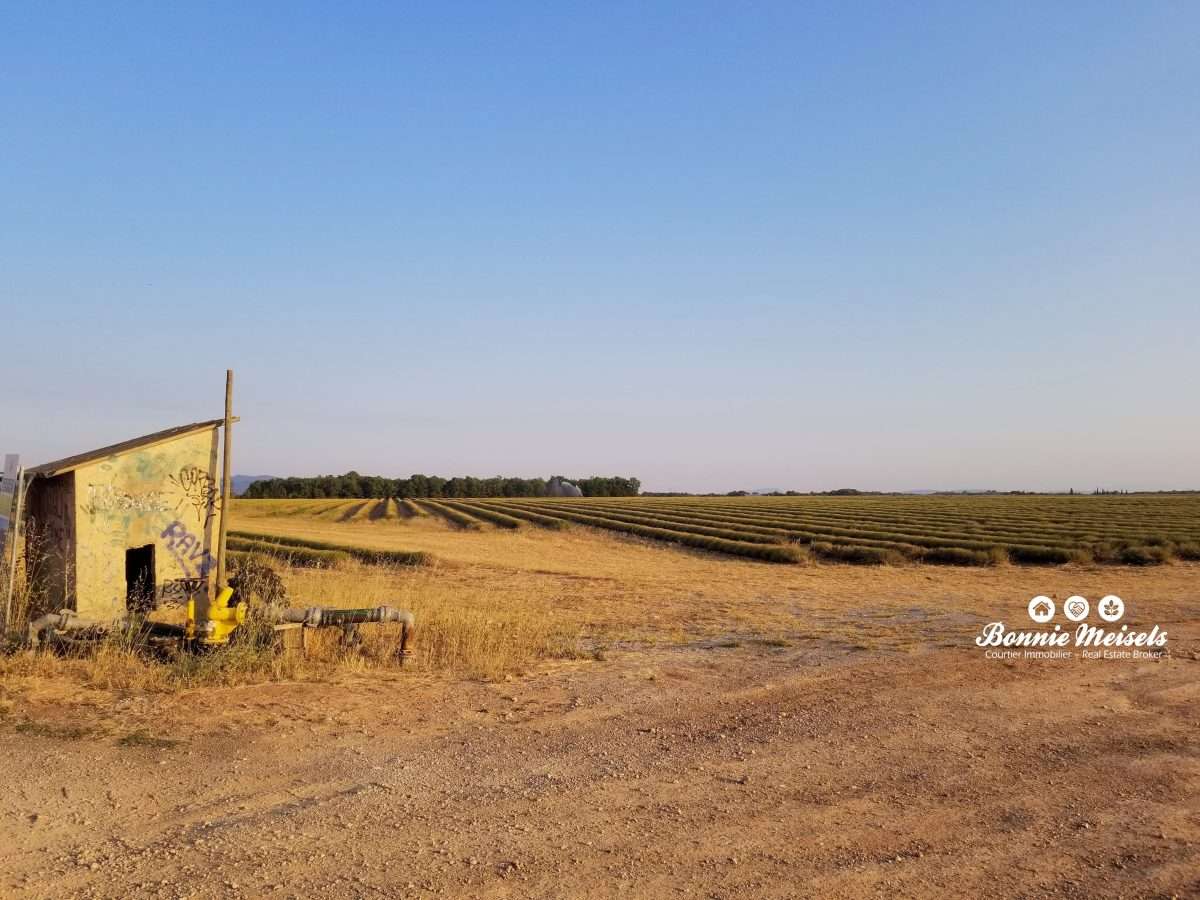 It’s no surprise as it was close to 40 degrees  throughout the time I spent there. One of the owners of the bed and breakfast hotels I stayed at had told me it had only rained 4 times since October. The hotel was an old mill, quite charming with the original antique equipment perfectly preserved in the common spaces of the hotel.

Thankfully there were no fires in the areas I visited, but the reality of fires burning in the South Western part of France, remained a stark reminder of the global effects of climate change

Evacuated twice in a summer as France’s fires burn

Christian Fostitschenko sat near his camp bed at an evacuation centre in Salles, southwestern France. He lives in the little town of Saint-Magne, but he can’t go home. It’s too close to the fire zone. This area, south of Bordeaux, was hit by a massive fire in July, and another blaze this week.

A fire that destroyed thousands of hectares of tinder-dry forest in southwest France has flared again amid a fierce drought and the summer’s latest wave of extreme heat, officials said Wednesday. Black-and-orange skies, darkened by the smoke billowing from forests and lit up by the flames, were seen across the area as the fires continued to burn out of control despite the efforts of firefighters backed by water-bombing aircraft.

On a lighter note, while driving through the windy roads as I made my way to Moustiere St Marie, in the middle of no place, was the  wonderful bakery!  In Roumoules, along the D952 roadway you’ll find and must stop at Boulangerie Della Casa!

The breads, pastries and sandwiches are incredible. 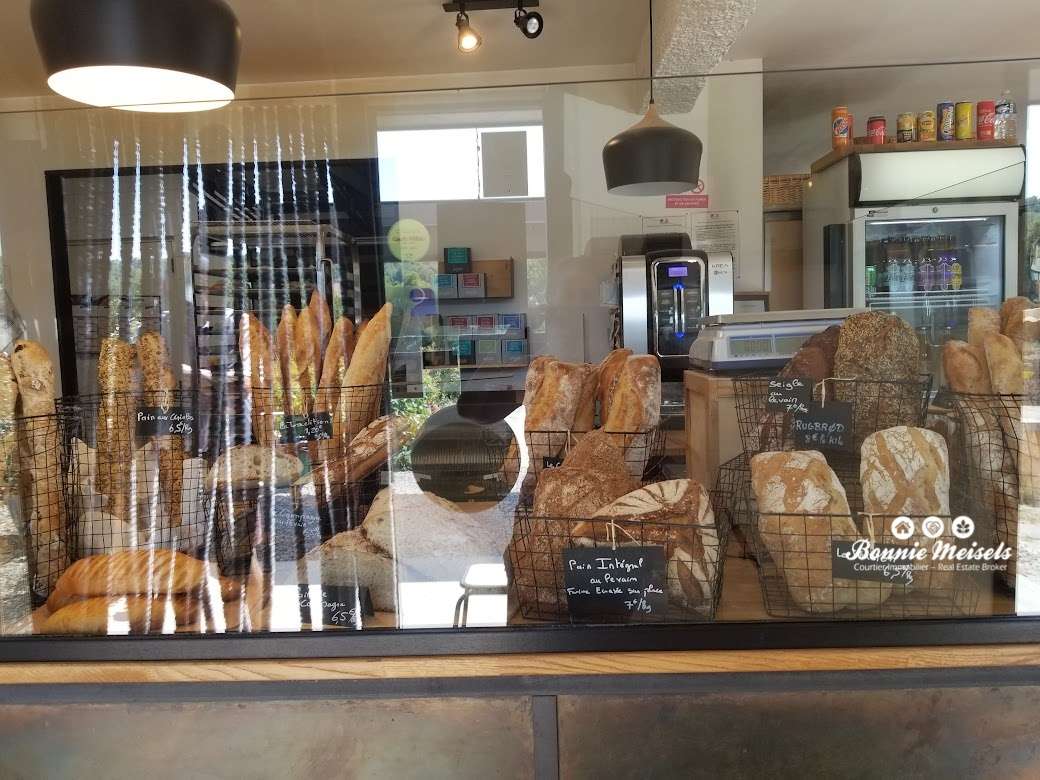