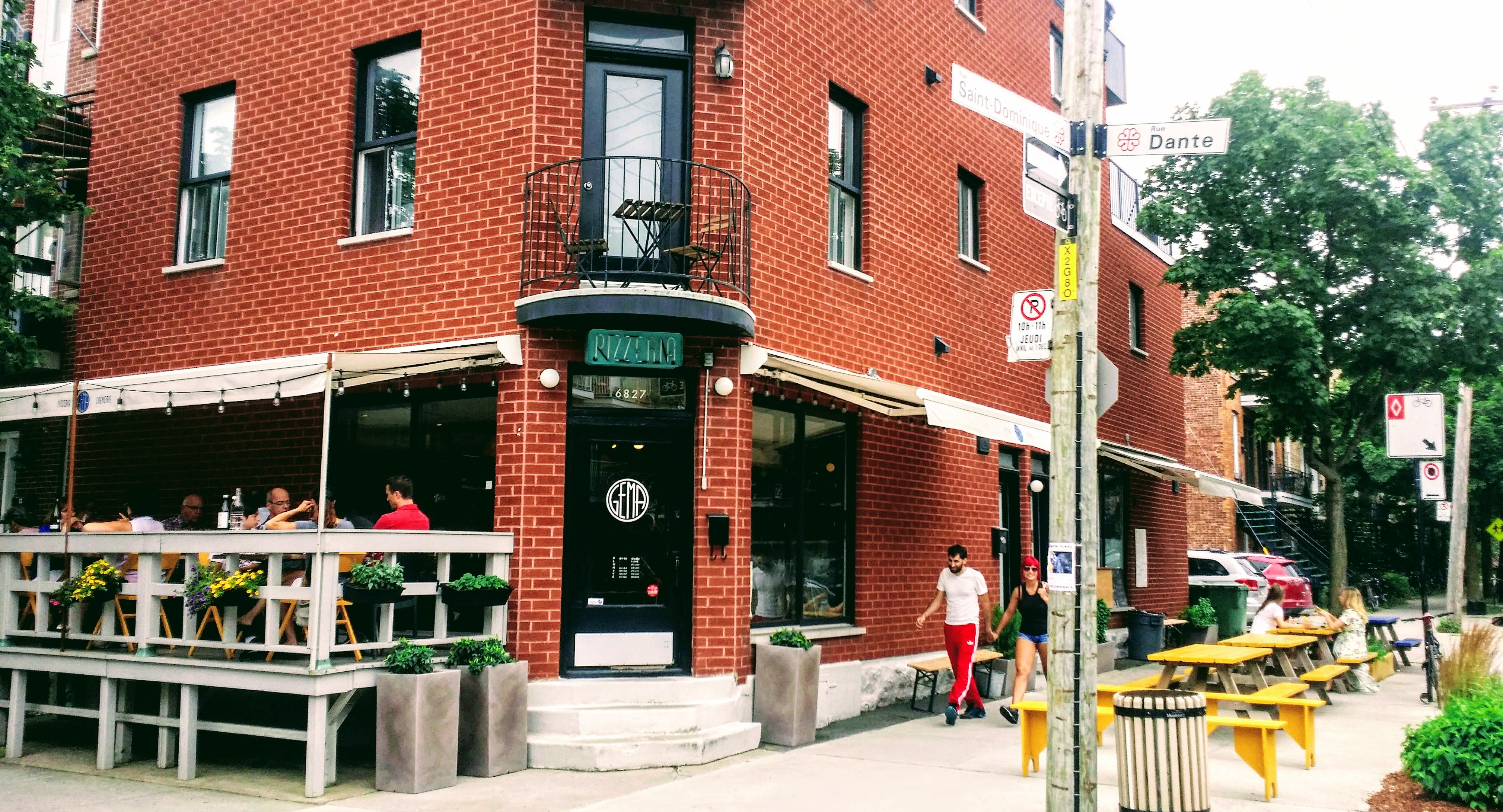 31 Jul Montreal Things To Do

Montreal Things To Do

When it comes to things to do in Montreal, this city is a hidden gem which comes to life in the summer. There’s a ton of fun things to do in our city, rich in it’s diversity of neighborhoods and culture. If you’re a foodie like me and your heart is in your stomache, you’ll appreciate all the wonderful places to eat and discover. Our city has no shortage of awesome restaurants.

Top Things to do in Montreal

On those beautiful summer days and nights there’s nothing like sitting outside and enjoying a drink or dinner on one of our many wonderful terrasses. (that means “patio”, for any non-locals) Here are a few where you can eat, drink and be merry.

Bistro Boris: – Garden like, cozy terrasse, tucked away inside a building. They serve traditional French fare and are located at 465 McGill St in Old Montreal.  Reviews

Bistro Boris Entrance with the terrace tucked inside

Les Fillettes: – A gorgeous terrasse featuring a warm and cozy vibe and plenty of garden like greenery.  The restaurant specializes in seafood but has many great dishes. Located in Outremont at 1226 Av Van Horne   Reviews

Agrikol: – Rum-based cocktails and Haitian food in a beautiful, lighted, and lush. Lot’s of music, art and a very cool vibe. Located at 1844 Amherst Street     Reviews 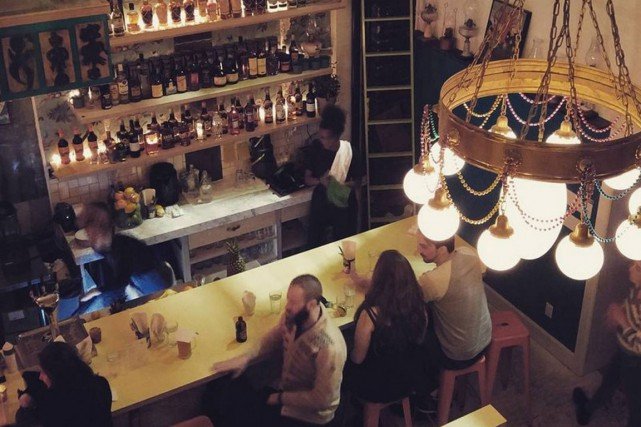 Hambar Restaurant Bar: – If you find yourself on Mcgill St in the Old Port, and you’re looking for a cozy place with good food and a wonderful terrasse, this is the place for you.  Known for their housemade charcuteries and extensive wine list.  Reviews

Cite Memoire: (Starting May 18th, 2017)
Poetic and dreamlike, Cite Memoire projects images of people who’ve contributed and shaped Montreal into the city it is today onto the Old Port’s landmarks and buildings. Learn more

Organized by the Montreal Museum of Fine Arts (MMFA) with the support of McGill University. This public art exhibition of international scope also commemorates two other milestones: the 50th anniversary of Expo 67 and the 150th anniversary of Canadian Confederation. Walk along Sherbrooke street and see the 67 pieces of art that are each inspired by peace and humanity.  Learn more

Lov: – Pizzeria No 900 founder Dominic Bujold has create Lov, a sumtuous, brunch spot in Old Montreal with both vegan options as well as waffles and eggs. The space is well designed with a botanical inspiration and suspended basket chairs. Located at 464 Rue McGill in the Old Port.  Reviews

Read up on the battle between Fabergé Restaurant and L’avenue, two great places for brunch

Maison Publique:  Chef owner Derek Dammann once worked for Jamie Oliver at his original Fifteen in Islington, London—and Oliver provided Dammann the financial backing to open this place in 2012. A classic British tavern nestled right in the Eastern part of the Plateau, this restaurant serves strictly Canadian Ingredients with one of the best Canadian wine lists. Located at 4720 Rue Marquette

Read the Review for Butterblume and Arthur’s Nosh

Régine Café: –  A wonderful café with a vintage decor and delicious breakfast fare and enticing deserts. This is located in Rosemont at 1840 Rue Beaubien E   Reviews

Dep le Pickup: – Gourmet and Veg friendly sandwiches, half dépanneur, half restaurant. This is a great brunch option if you’re in Little Italy, the Mile-Ex or want to try something new. They are know for their haloumi sandwich and there’s plenty of stuff to get in their depanneur section. Located at 7032 Rue Waverly  Reviews

Treat yourself to a wonderful lunch at Crew Café which was the former headquarters of the Royal Bank of Canada, built in 1928 down on St-Jacques St. in Old Montreal.

The space sat empty since RBC abandoned the building in 2010 — a shame, considering the grand splendour it once possessed, with its 50-foot-high vaulted ceilings, chandeliers, intricate tiling and marble and bronze galore. But thanks to the vision of Crew, a young Montreal company, that took over the building , the glory and splendor of the building will remain preserved. Now it functions as an inspiring co-working space and wonderful café.

This place is a freelancer’s haven (coffee, wifi, and outlets), meeting rooms and seating options are available with a coworking space membership.

Here’s a feel for the beauty and stunning architecture of the place!

Enjoy one of our many festivals!

Montreal has become a city of festivals. Every year we seem to add something new. This year that new edition was the e-race that took place over this past weekend for the first time, in the downtown streets of Montreal.  Some of the many festivals are;

Shakespeare-in-the-Park (Various parks from July- August, 2017)From July to August, find out which park is hosting the play, bring your own snacks and lawn chairs.

Featuring an impressive list of local and international comedians which include some of the biggest names in comedy! They also host a free outdoor festival in the Place-des-Arts entertainment district.

Long lines surround Concordia University’s Hall building for Fantasia, a leader in genre film scene. You can catch movies that wouldn’t normally be screened at your average movie theatre. Think movies from Asia, Europe and the Americas that are harder to find.

Dairy Queen:– One of the oldies but goodies! Love their chocolate dip and especially their banana split sunday with pineapple and chocolate sauce. It’s a great space as well since you don’t have to look for parking.

Ripples: – What a fun ice cream shop in the heart of Mount Royal. Located at 3880 St Laurent. They do homemade ice cream

The Best Homemade Tomato Sauce and gnocchi In The City

Who needs to cook tomato sauce when you can go to  Drogheria Fine located at 68 Avenue Fairmount Ouest in Mile End and buy some. The tomato sauce is not only fresh, and delicious, but Nonna herself is on site, cooking and selling her gnocchi to go smothered in her delicious homemade “Salsa de la Nonna” tomato sauce!

A  mini map of where things are located in Le Plateau

Some points of interest in Old Montreal

Another reinvented public space is the village called Au Pied-Du-Courant. It’s become a living lab for entrepreneurship, design and the arts. Designers come together in collaboration to create some cool projects and design experiments. You can read more about it here.