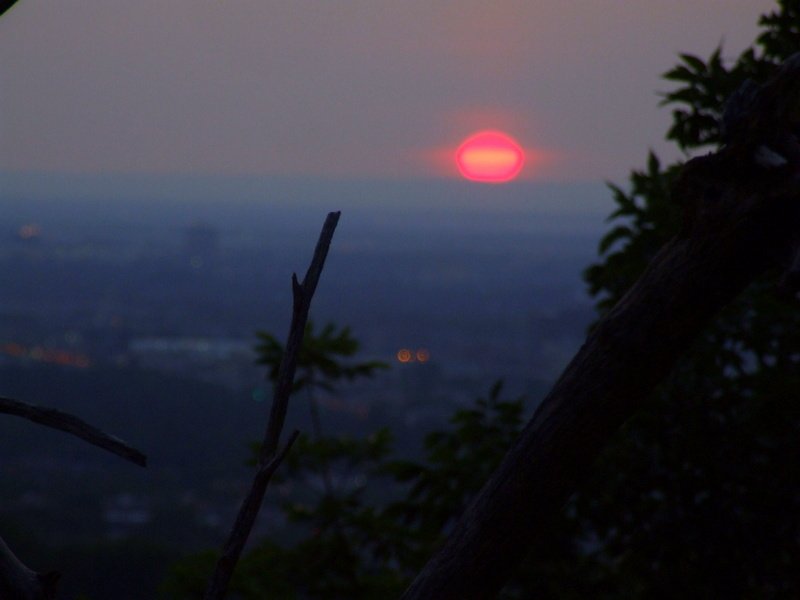 This is the first time the STM will be providing housing for Montrealers, and not just transportation services. The project is “a first step toward the development of its real-estate holdings,” said chairman Philippe Schnobb.

“The complex, consisting of four buildings ranging from two to 12 storeys, will be built on a 54,200-square-foot parking lot owned by the STM. It will include 60 subsidized units for low-income residents, 109 affordable condos, 129 market-price condos and a two-storey office building for the STM.

The project will be managed by STM subsidiary, Transgesco. It is being considered an example of transit-oriented development (TOD) — projects built to encourage the use of public transportation.

Construction will start in the summer of 2019 and be completed in 24 months, said STM spokesperson Amélie Régis.

Read the full article below:

Montreal’s transit corporation is branching out from transporting Montrealers to giving them a place to call home. The city and the Société de transport de Montréal announced Wednesday a plan to construct a nearly 300-unit housing project near the Frontenac métro station.

The Ville de Montréal has just approved the start of the Frontenac real estate project, a large-scale project that includes the construction of nearly 300 housing units, of which one third will be Accès Condos accredited, just minutes from the Frontenac metro station, several bus routes, a Maison de la culture and local shops, […]

Many reports were released in April, from the Canada Mortgage and Housing Corporation (CMHC), Royal Bank, Crea, and Cushman and Wakefield to name just a few. All put together, this will provide a comprehensive snapshot of where our real estate market and economics are at both locally and nation wide.  We’ll start with the CMHC’s quarterly report.

The (CMHC) Canada Mortgage and Housing Corporation  just released its first quarter assessment for 2018. The CMHC evaluates real estate vulnerability, prices and construction at both the national and provincial levels.

When prices are overvalued, homeowners and mortgage lenders are at risk of a housing bubble. Tighter inventory supplies have kept the montreal real estate market strong and a sellers market in certain neighborhoods. Although the market is healthy, there’s little evidence of overheat. There is weak evidence of price acceleration and the agency believes most of the market’s price movement is based on fundamentals at this time.

Here are some interesting stats from the CMHC comparing Montreal market sales numbers from 2017 to 2018, along with the monthly unemployment rates, salaries and mortgage rates as they’ve changed.

Check out the CMHC map of comparison of housing starts:

While Montreal’s market has enjoyed strong sales in the first few months of 2018 with low vulnerability, the same can’t be said for some of the other Canadian provinces. High vulnerability was found in several provinces. 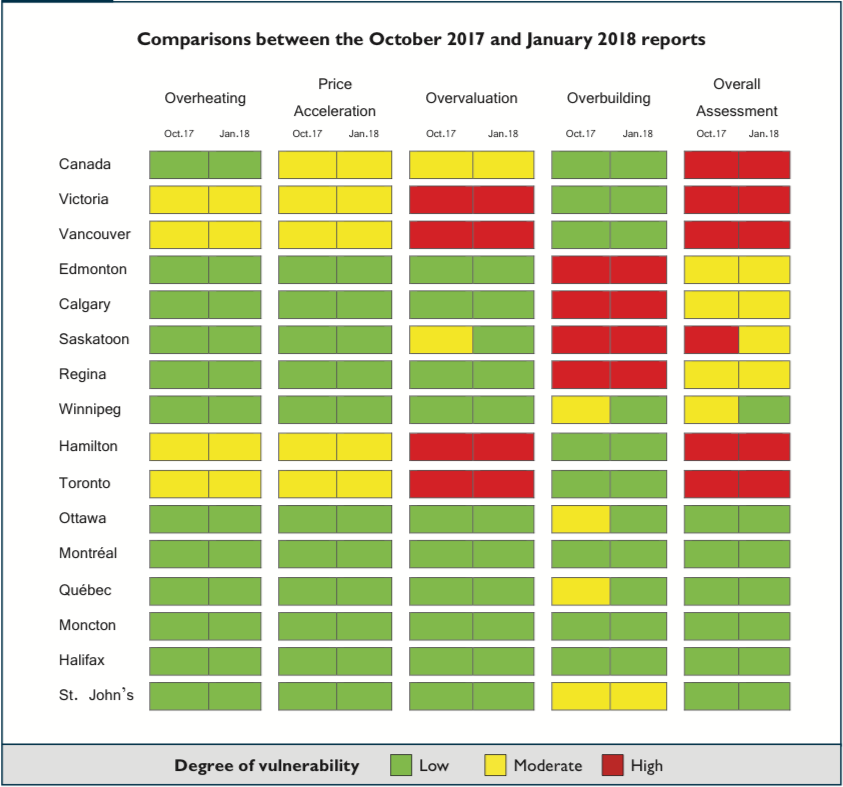 Chart comparison of sales across the provinces from 2017, along with forcasts for 2018 and 2019

The bank of Canada decided to hold it’s key interest rate at 1.25% for now, but further rate hikes are still in the picture. Growth slowed down to 1.3 per cent in the first three months of the year. The impact of new federal mortgage rules and other housing policies succeeded in cooling off the real estate market in the first three months of 2018. The next rate hike is expected in July.

“The bank, for 2018, is now predicting two per cent growth, as measured by real gross domestic product, compared to its 2.2 per cent prediction in January. The bank raised its growth projection for 2019 to 2.1 per cent, up from its previous prediction of 1.6 per cent, before easing to 1.8 per cent in 2020. It noted that these readings would still be slightly above Canada’s estimated potential output for the next three years.”

In summary, the recently released RBC poll shared these findings: 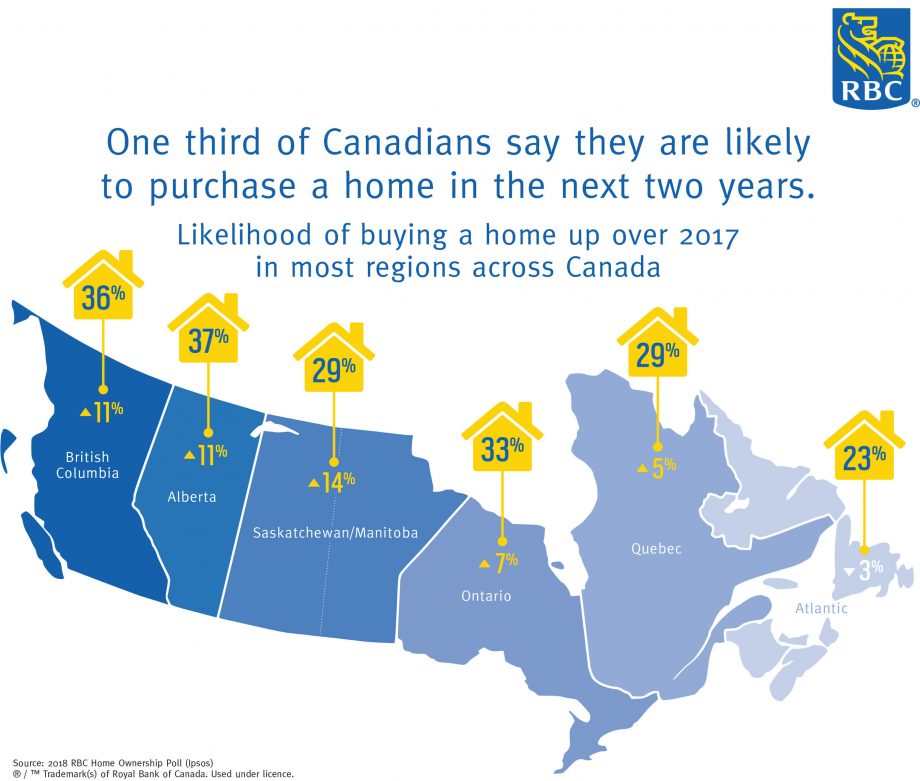 One third of Canadians say they are likely to purchase a home in the next two years: RBC Poll (CNW Group/RBC Royal Bank)

“Four-in-10 (39 per cent) Canadians are aware of the latest Stress Test Guidelines issued by the Office of the Superintendant of Financial Institutions (OSFI) for uninsured mortgages, and over half (55 per cent) indicate that the guidelines are impacting their purchase decisions. This includes making higher down payments (25 per cent), delaying home purchases (19 per cent) or buying a less expensive, smaller home or a less expensive one in a different location (18 per cent respectively). As intention to buy continues to climb in Canada, just over one one-third (35 per cent) of Canadians indicated they had received/would be receiving financial assistance from their family for a down payment, while almost an equal number (36 per cent) plan to do it on their own with a dedicated savings account.”

In conclusion, despite all the new Government changes and regulations, Canadians are still feeling optimistic about getting into the housing market. They are just getting more prepared and informed. In fact, the top two homebuying challenges buyers face are: choosing the right property (32 per cent) and deciding how much they can afford (21 per cent). Nearly one-in-10 Millennials said they would purchase a home without ever physically seeing it. Overall, Canadians value being able to “visit” virtually, with almost half (49 per cent) saying they looked at photos/videos of prospective homes online. Finally, to help determine costs and affordability, 39 per cent of home owners took valuations of neighbouring homes into account, and 36 per cent used affordability calculators. Millennials believe that a home purchase is a good investment – in fact, 84 per cent responded it’s a “very good or good investment” and are reporting an increased likelihood (11 per cent) of buying a home within the next two years.

**These were the findings of the annual RBC Home Ownership Poll conducted by Ipsos from January 9 – January 24, 2018 on behalf of Royal Bank of Canada  Access the full report