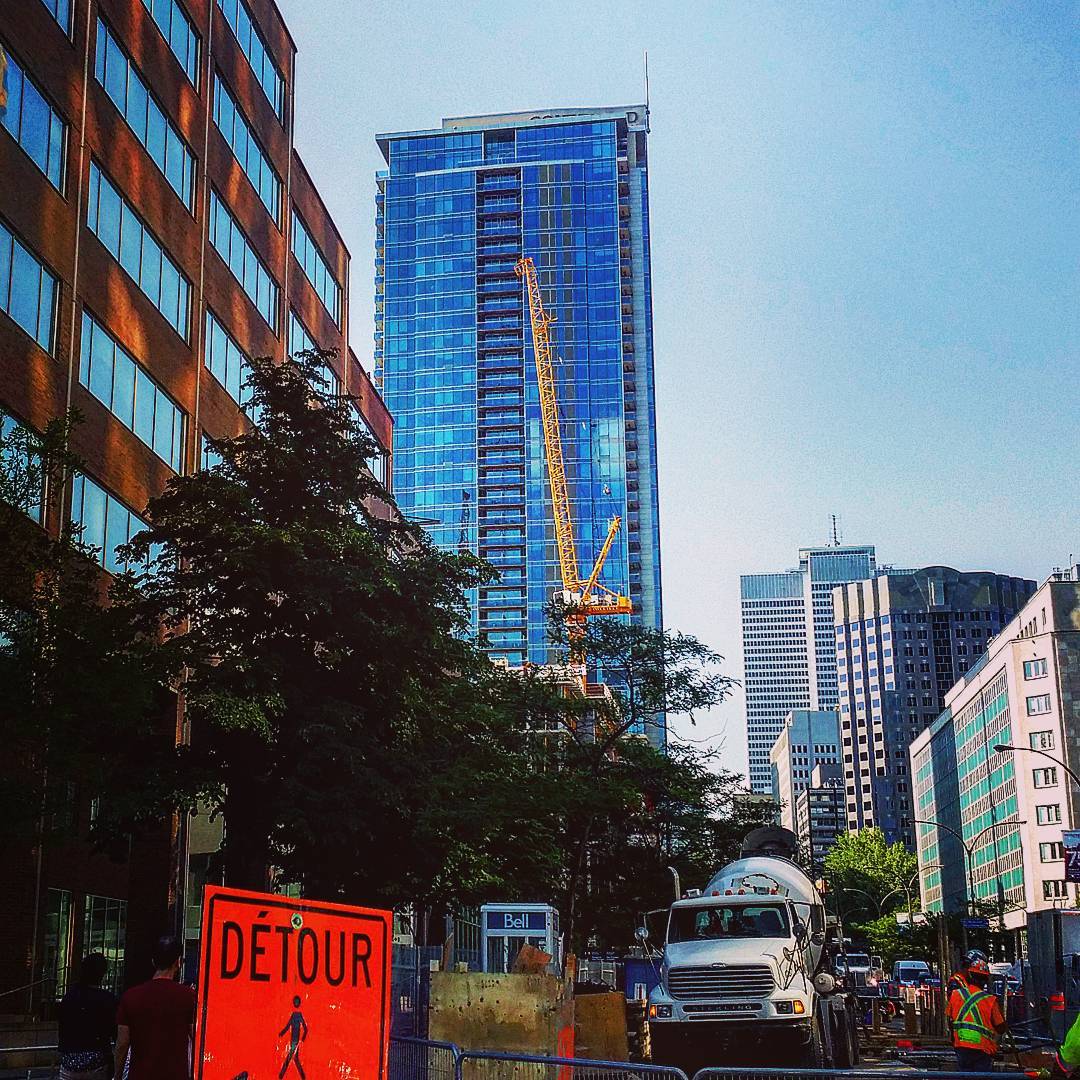 Montreal Real Estate In 2018 What You Need To Know

Montreal real estate in 2018 what you need to know, takes an indepth look at the current Montreal real estate market. We’ll address common questions such as “is it better to invest in a home or a condo? which type of investment has the highest potential for appreciation? or which Montreal neighborhoods are performing best in 2018.

First we’ll have a look at the current market stats. In 2017, Montreal was one of the hottest real estate markets in Canada. Total sales in Greater Montreal increased it’s total sales volume by 8% fueled by strong sales in condominiums. The Island of Montreal saw a sales increase of 15%. Sales growth exceeded 20 per cent in five of the city’s most popular boroughs. . This at a time, when sales were declining in Canada’s most active real estate markets, Greater Toronto region (-18%) and Greater Vancouver (-10%). The last time growth in Montreal sales outpaced Toronto and Vancouver was in 1998.

“The Montréal CMA posted the strongest growth, both in terms of sales (+8 per cent) as well as prices (+7 per cent).”

Luxury homes showed strong demand as sales of homes over $1 million rose 20 per cent in Greater Montreal and condos priced above $500,000 were up 42 per cent.

The average homes prices in the Greater Montreal Area increased nearly six per cent to $364,510. That was the largest increase since 2010, with single-family homes sustaining the greater price increases.

Although foreign buyers still make up a small portion of buyers, Montreal is attractive for foreign buyers because the city provides a high quality of life, affordable housing, low pollution and a university system that was named last year as the best city in the world for students.

Condo sales increased by 35 per cent while the total inventory fell nine per cent from a year ago.

Despite climbing interest rates and the introduction of new and tougher mortgagte rules which went into effect on January 1st, 2018 is projected to be another strong year for Montreal, with sales forcasts of a five per cent increase. Prices are also expected to increase almost five per cent.

In January the Teranet-National Bank National Composite House Price Index TM rose 0.3% from the previous month, a tic higher than the historical average for January and a second consecutive monthly increase. However, only four of the 11 metropolitan markets surveyed showed gains – the first time since January 2016 that a rise in the Composite Index has had so little breadth.

Montreal Neighborhoods Not All Equal

When we talk about the Montreal market, it’s pretty generalized as the city consists of many diverse neighborhoods. Each of these neighbohoods has it’s own micro market performance and real estate trends. The different quartiers are often defined by their unique architectural features, size and land.  For example the NDG (Notre Dame De Grace) neighborhood and Le Plateau Mont Royal are distinctly different sectors and marketplaces. Although both neighborhoods are very popular, they attract different demographics and are not comparable.  NDG is more suburban and family oriented,  while Le Plateau, more urban with a larger commercial and diverse demographical footprint.  Your lifestyle, living needs and budget will ultimately determine where you purchase. If, for example, an indoor garage space is a top priority for you,  unless you have a high budget, Le Plateau may not offer you much choice as indoor garage spaces are not a common feature in this neighborhood. Other important features such as proximity to transport, work, and/or unique features like food markets and specialty stores effect the value of the property. The up and coming new REM light rail transport system starting construction this year in Montreal, is expected to substantially impact the value of certain areas. “According to a study done by the QFREB in 2016, being 1,500 meters or less away from a subway station increases the sale price of a of a condo by 19.1 per cent and a single-family home by an astounding 38.9 per cent.”

To get a feel for some of the different neighborhoods in Greater Montreal, their demographic make up and school options, visit my neighborhood profiles.

Moneysense did a recent article ranking the different neighborhoods based on it’s realtor grade, sales momentum, value, and average price.

We ranked every neighbourhood in the city to find the most valuable spots to buy Montreal real estate. View the full ranking to see how yours did.

I love this article from the blog “How I Travel” on “The 15 Coolest Neighborhoods in the World in 2018”.  It’s worth the read to discover some of the coolest places in the world to visit and/or live. When you look at what made the list, it’s pretty awesome that both Mile Ex and Mile End in Le Plateau tie for first place!

Choosing the 15 coolest neighborhoods in the world is not an easy task. Why? For one, finding the trendiest districts in town is a never-ending mission. Yesterday’s happening ‘hoods are soon gentrified and transformed by upmarket influences, a process which tends to push out the young crowds and creative types that were originally drawn in by the cheap rents and alternative vibes.

After working with many clients, I find it somewhat of an art to be able to match up my clients with the right area for them. Aside from obvious things like budget, age, ethnicity, architectural taste (old vs new), proximity to the downtown core, need for parking, etc all have something to say in creating a great match.

Should I Buy A Condo Or House?

Now that the new mortgage rules are in full force, you may have to settle for a less expensive home than you would be able to buy today. Or, you might have to wait and save up for a larger down payment. The rules might force Canadians to set their eyes on homes that are up to 20 per cent cheaper.  If your budget is under $350,000, you will most likely be restricted to purchasing a condo. The benefits of a condo are more affordability, lower maintenance, easily rentable, predictable cost budgeting, shared ownership expenses, extra amenities like a pool or gym. Condos are also a great consideration for those looking to purchase a pied a terre, or investment.

The downside of condos can be high condo fees which can sometimes outweigh the value of the condo. This is especially common in older buildings in the downtown core or in buildings with lots of amenities that need constant maintenance. When buying a condo, the building and it’s management are of critical importance. A poorly managed building is like investing in a failing business. It’s essential to review the meeting minutes and financials to know of what’s going in the building. Purchasing in a building with an unhealthy contingency fund is risky.

If you’re someone who travels frequently and is planning to rent their condo for periods less than one year, make sure the building rules allow this.

Houses on the other hand, while more expensive, offer substantially more space, privacy, green space, and parking. For families with a couple of kids, or a growing family, a house makes more sense than a condo. My advice would be to get the most house you can afford in the BEST neighborhood possible vs the nicest house at the expense of the quality of the neighborhood.  While there’s much talk about luring families to the downtown core or more urban centers of Montreal to reduce urban sprawl, these areas don’t have much to offer families. Most condos are too small for a family with two kids. Once you go from a two bedroom to a three bedroom condo or more, the price takes a huge jump.

Which type of investment offers the greatest potential for appreciation?

The three rules of real estate still hold true today as they ever did:

Much depends on where the asset is located. A single family home in Westmount will have a different value and sellability than a home in L’Île-Perrot. In general, the farther you go out from the city core, the more bang for your dollar. Although, in general,  houses offer a greater upside in appreciation than condos, houses require much more maintenance, especially in our climate. For non resident investors, insurance costs on a home will be quite costly.

Condos are still a great investment if purchased in the right neighborhood, where you can expect premium rental prices. For investors it’s important to at minimum, break, but ideally be cash flow positive. The goal is for the investment property to in essence, pay for itself over time.