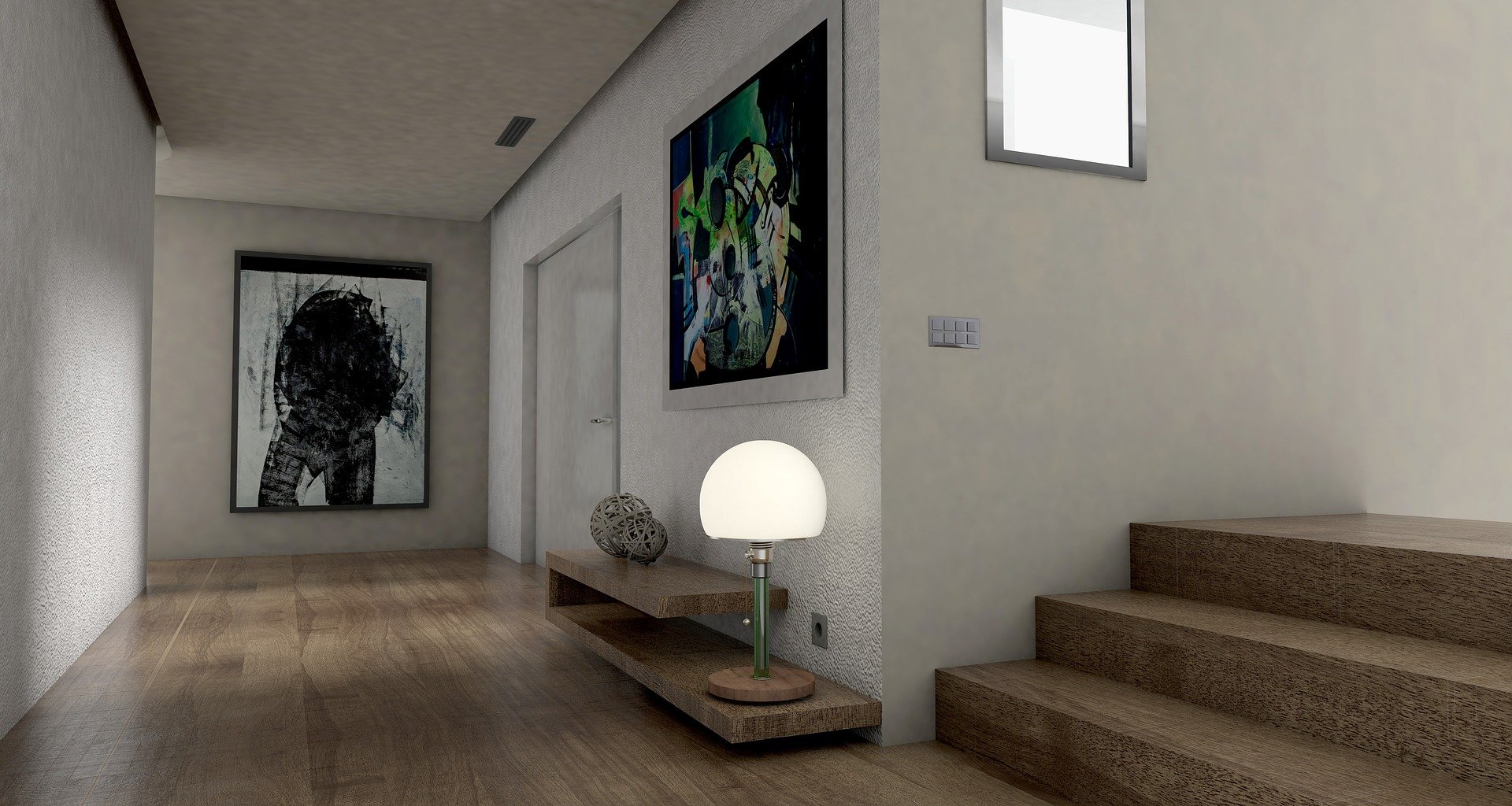 Montreal Market Highlights September 2020 as a continued sellers market. According to Centris, “With an average selling time of only 46 days in the Montreal area, a new record has been broken for a month of September, reflecting extremely tight market conditions in favour of sellers, including for properties that are less desirable in normal times.”

The Island of Montreal had a 28 per cent rise in sales, surpassing Vaudreuil-Soulanges (+22 per cent) this month. 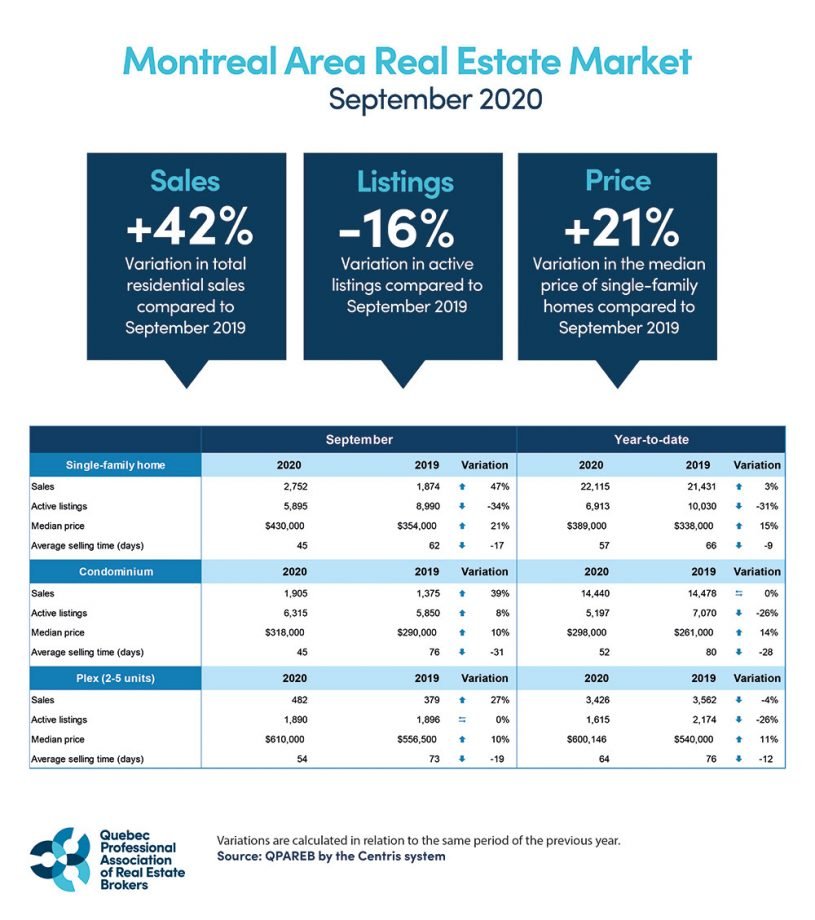 In September, with inventories remaining low, sales across the Montreal CMA for single family homes posted the largest jump in sales at 47% . Sales of condominiums saw an increase of 39% and plexes 27%.

Inventories remained low with a 16% decrease since last year. The one area that showed  a very significant increase in active listings were condominiums on the Island of Montreal (+41 per cent) 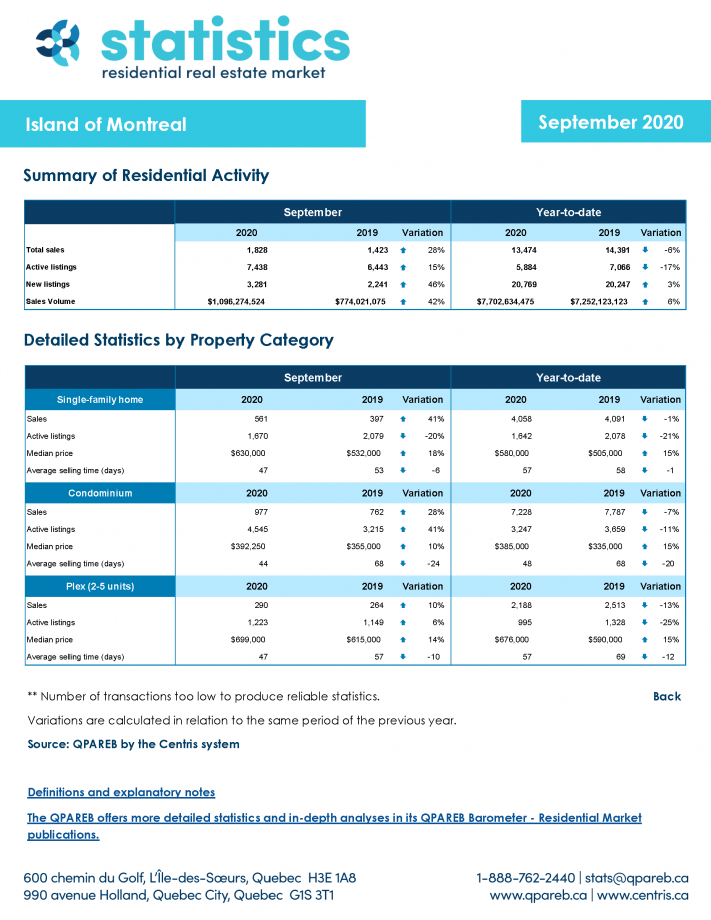 Even a once-in-a-century pandemic isn’t enough to cool the Canadian housing market, with prices nationwide now forecast to end the year higher than where they started. The median home price in Canada is expected to reach $693,000 by the end of the year, a seven per cent increase from the end of 2019, according to a projection from brokerage Royal LePage.

“We’re all in this together” has a friendly reassuring tone. Used by Prime Minister Justin Trudeau, Ontario Premier Doug Ford and many others, it reminds Canadians that in the time of COVID-19 everyone is suffering. But a new letter in the alphabet of recovery patterns implies that the happy phrase may not be true.

Canadian Real Estate Prices Make Biggest Jump In The G7, During The Pandemic 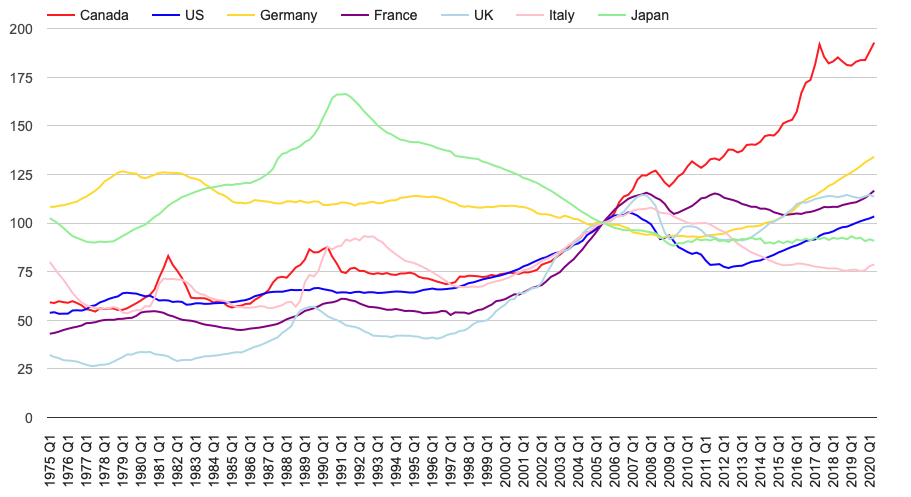