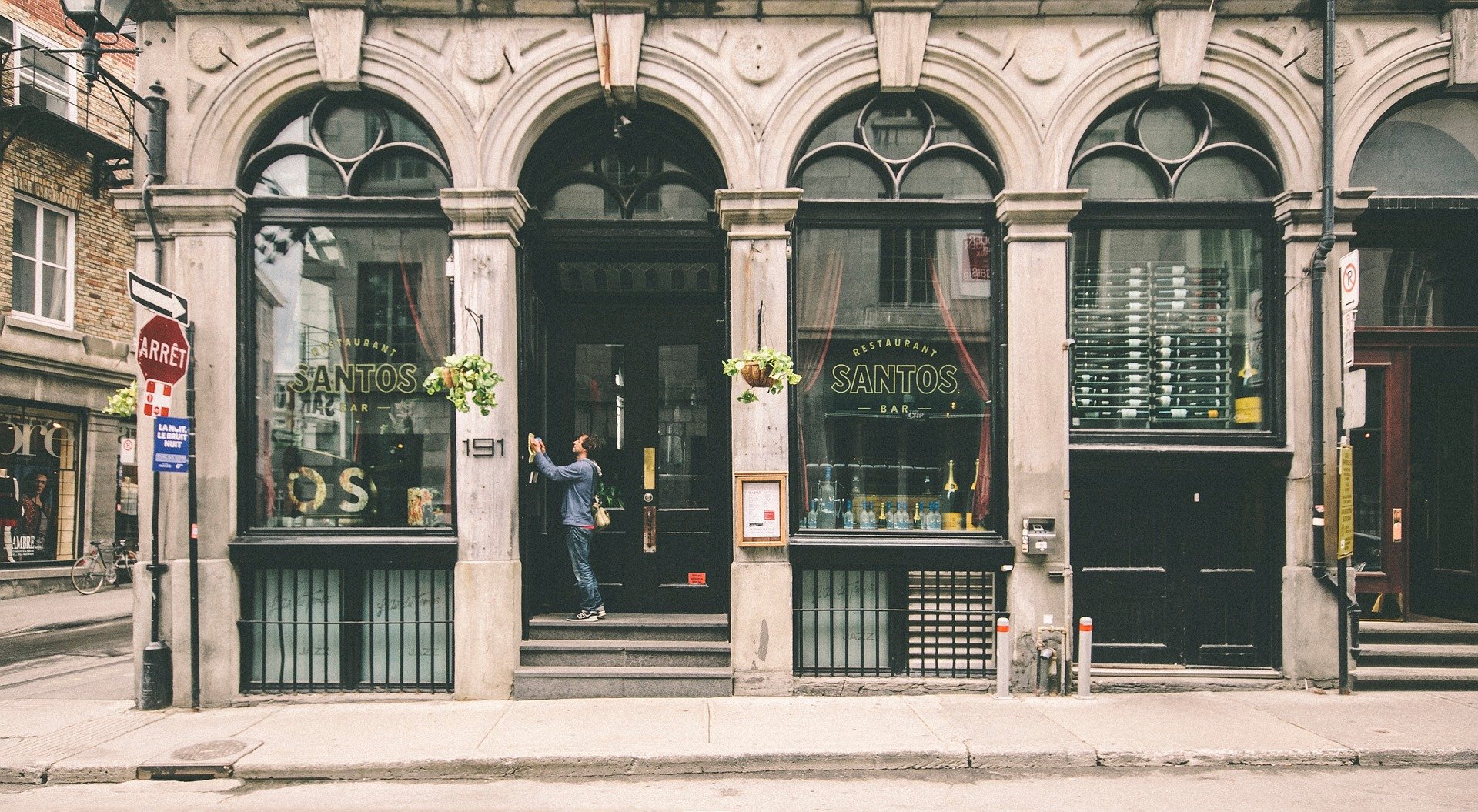 Montreal compared to Toronto & Vancouver markets, is a quick snapshot of the the three cities in terms of their overall real estate performance. All three cities, Montreal, Toronto and Vancouver are strikingly different. Montréal is very European in feeling, with old architecture and rich history. The province’s predominant language is French with a small Anglo minority.  Montreal is world renown for it’s awesome food culture! Montréal’s real estate market, due to political instability, endured periods of stagnation, keeping price points much lower than the Toronto & Vancouver markets. Over the past few years, Montréal has been steadily enjoying a golden renaissance in it’s recognition as a world class city!  Enjoy these few articles that make an interesting read;

Square Feet Along the main shopping street in the area of downtown Montreal known as the Golden Square Mile, Sonya Szczygiel and her husband, John Guinto, have sold beaded bracelets made of semiprecious stones for the last five years.

Q. and A. Montreal, which is celebrating its 375th birthday this year, is known for history, food, architecture and the hometown performance group Cirque du Soleil. But for the filmmaker Judd Apatow, whose credits include “The 40-Year-Old Virgin” and “Bridesmaids,” the Canadian city is synonymous with comedy.

Toronto is a fun and urban city, predominantly English speaking. Over time, it became the business hub of Canada. Toronto feels like a big American city and is somewhat like the New York of Canada. It’s taken a while, but the food scene in Toronto has been steadily improving, but it doesn’t quite yet compare to Montreal’s. …Toronto has also experienced exponential growth in it’s real estate market with home price values steadily increasing over many years. The market in fact got so overheated, the provincial government decided to follow Vancouver’s lead and implement a 15% surtax for foreign buyers. 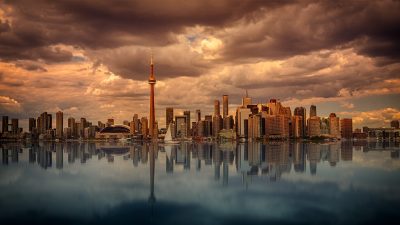 Vancouver, is already differentiated from the other two provinces by being situated on the west coast. It is a gorgeous, coastal seaport city with mountainous views, water and milder winters than Montreal and Toronto. “Vancouver is the third-largest metropolitan area in Canada. with the highest population density in Canada. It also happens to be one of the most ethnically and linguistically diverse cities in Canada. Vancouver’s real estate market was overheating with staggering price growth and a favorite of foreign buyer speculation. The government’s intervention, attempting to cool the hot market led to this Canadian city beccoming the first to implement the foreign buyers tax. The tax imposes an additional property transfer tax of 15% on all residential property purchased by foreign buyers. The new budget of 2018 is expanding the tax.

Cost of living in Montreal (Canada) is 21% cheaper than in Vancouver (Canada)
https://www.expatistan.com/cost-of-living/comparison/vancouver/montreal
Cost of living in Toronto, (Canada) is 25% more expensive than Montreal
https://www.expatistan.com/cost-of-living/comparison/montreal/toronto

Here is a side-by-side review of some of Canada’s largest cities.

The rental picture across the three cities of Montreal, Toronto & Vancouver 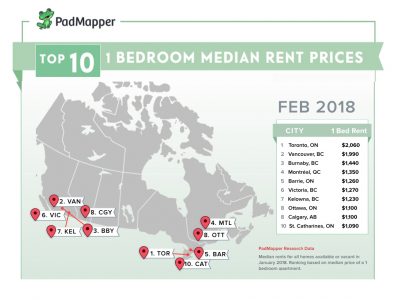 1. Toronto, ON held onto its position as the most expensive city in the nation with one bedroom rent continuing to grow last month, up 2% to $2,060. Two bedrooms saw a similar trend, climbing 1.2% to $2,550.

Chart and information source via Padmapper

Montreal has three main popular rental categories, students, who want to be close to their universities. Working young professionals who ike to be close to work and transportation, and families looking for great neighborhoods with good walkability, schools, transport and housing features.

Rents in Toronto have now climbed above those of Vancouver, the long-running (and now former) champion of pricey apartments in Canada. A one-bedroom apartment in Toronto now rents out for an average of $2,020, a 15.4-per-cent jump in the space of a year.
Vancouver has been experiencing a real housing crisis, the sky high prices have left most Canadians unable to afford to rent or purchase in their own city. In fact the lack of affordable housing has been a major problem across these three cities….British Columbia in particular is working to address this issue with it’s government’s commitment to create solutions.

Best Places to Live in Quebec, Ontario and British Columbia

Every year Moneysense reviews the best places to live and 2017 was no exception. Have a look at the extensive research Moneysense compiled providing detailed information on the distinct communities and/or neighborhoods across the provinces. 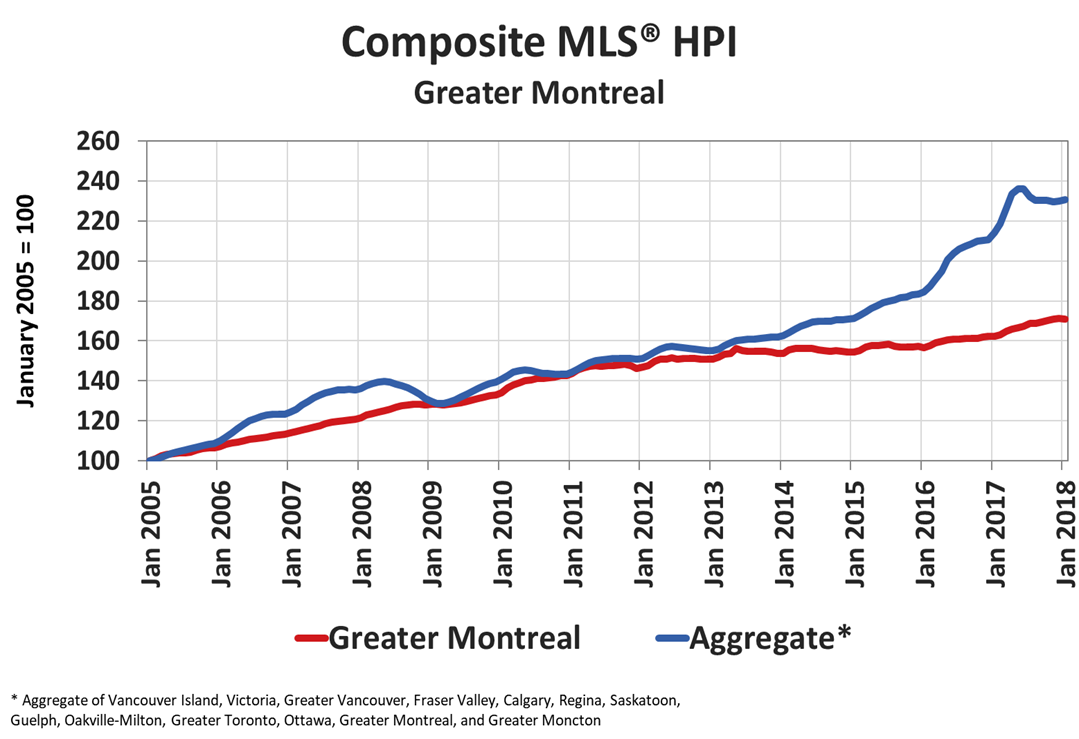 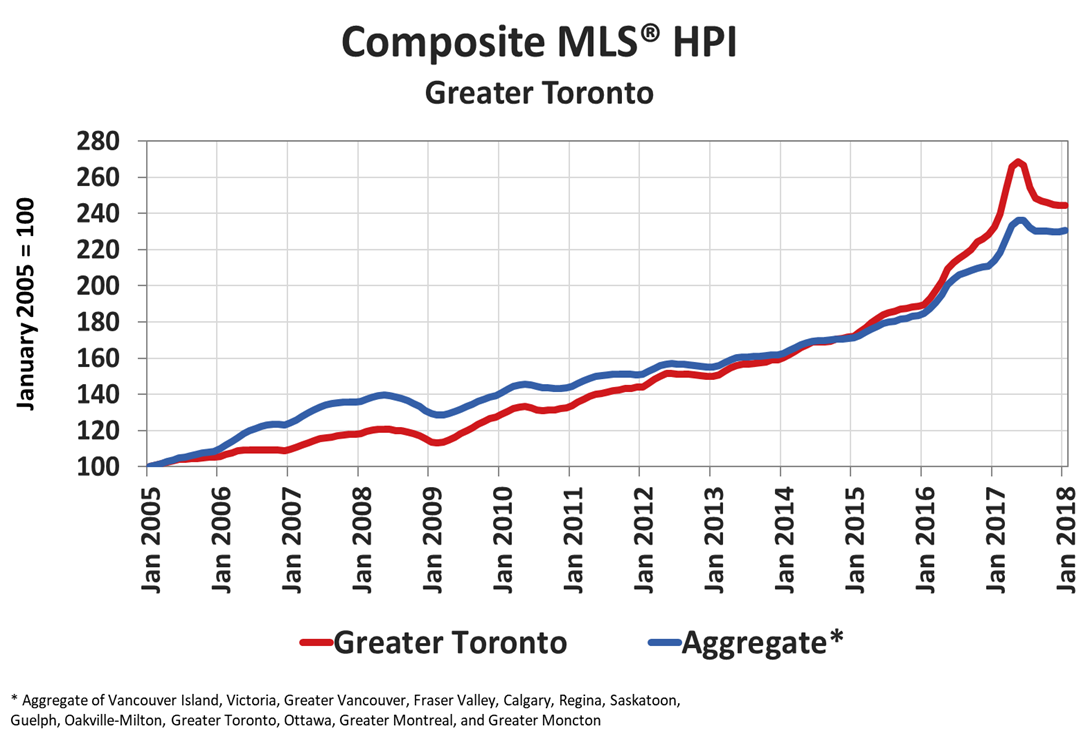 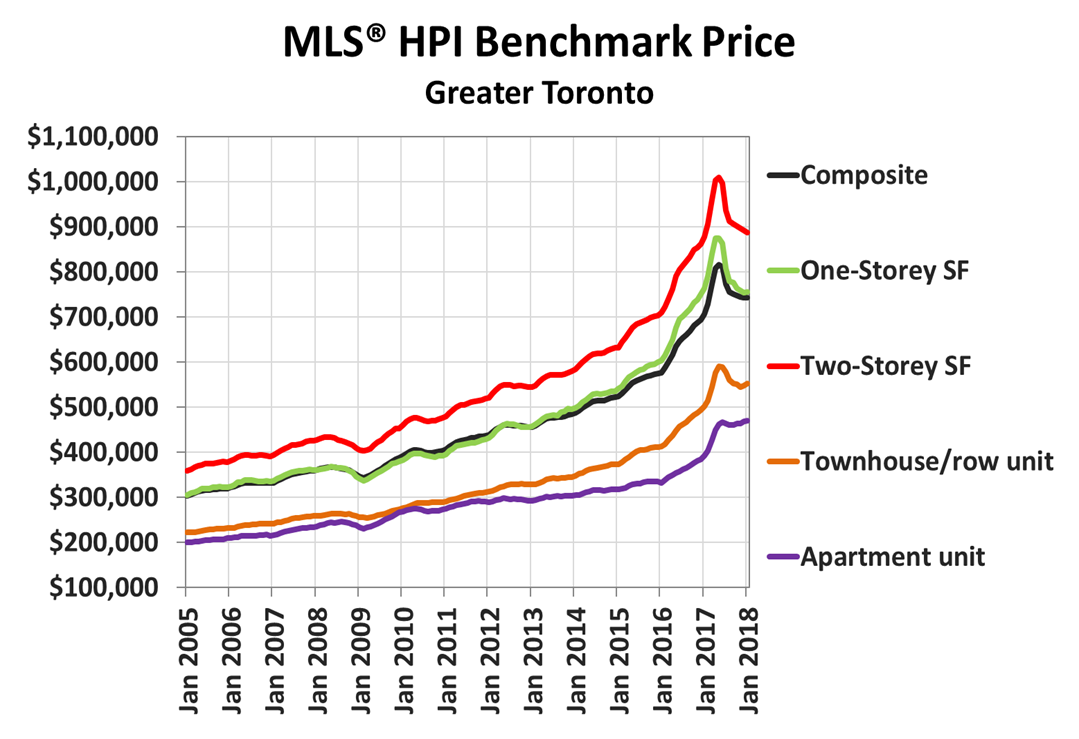 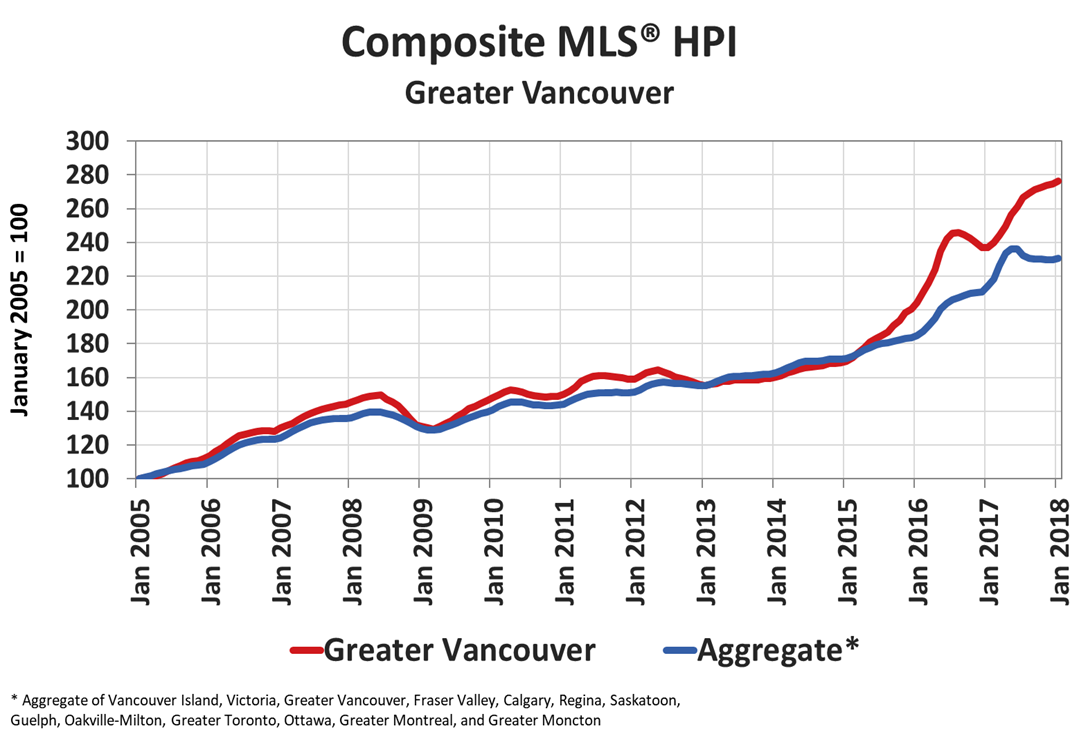 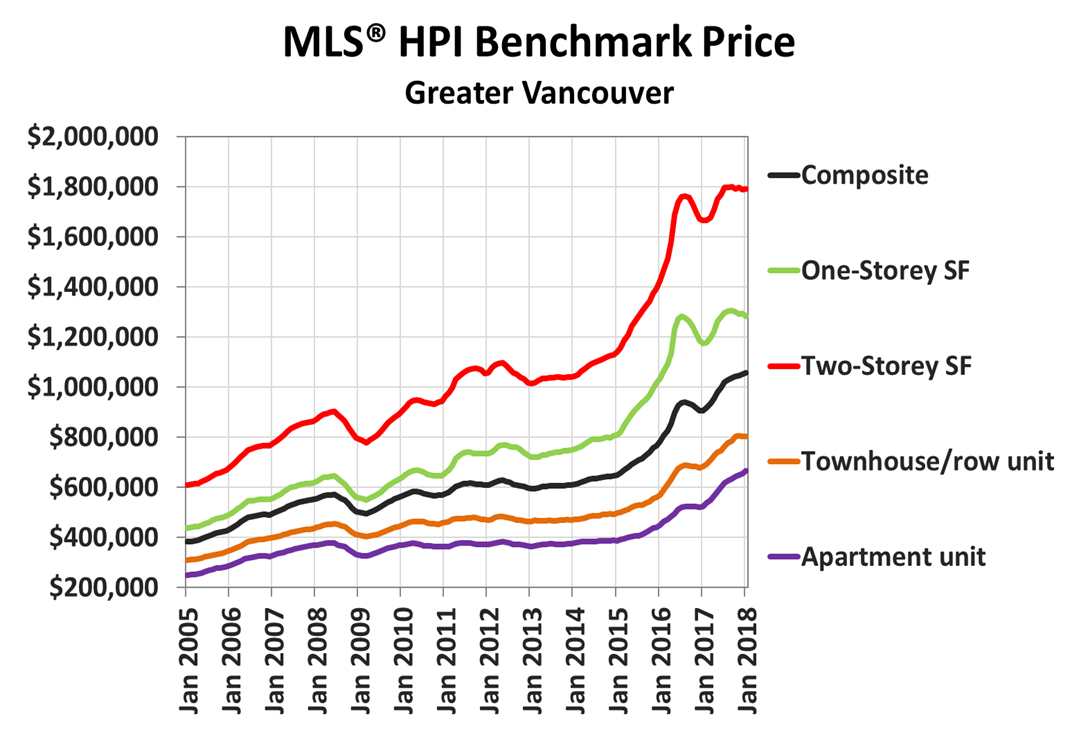