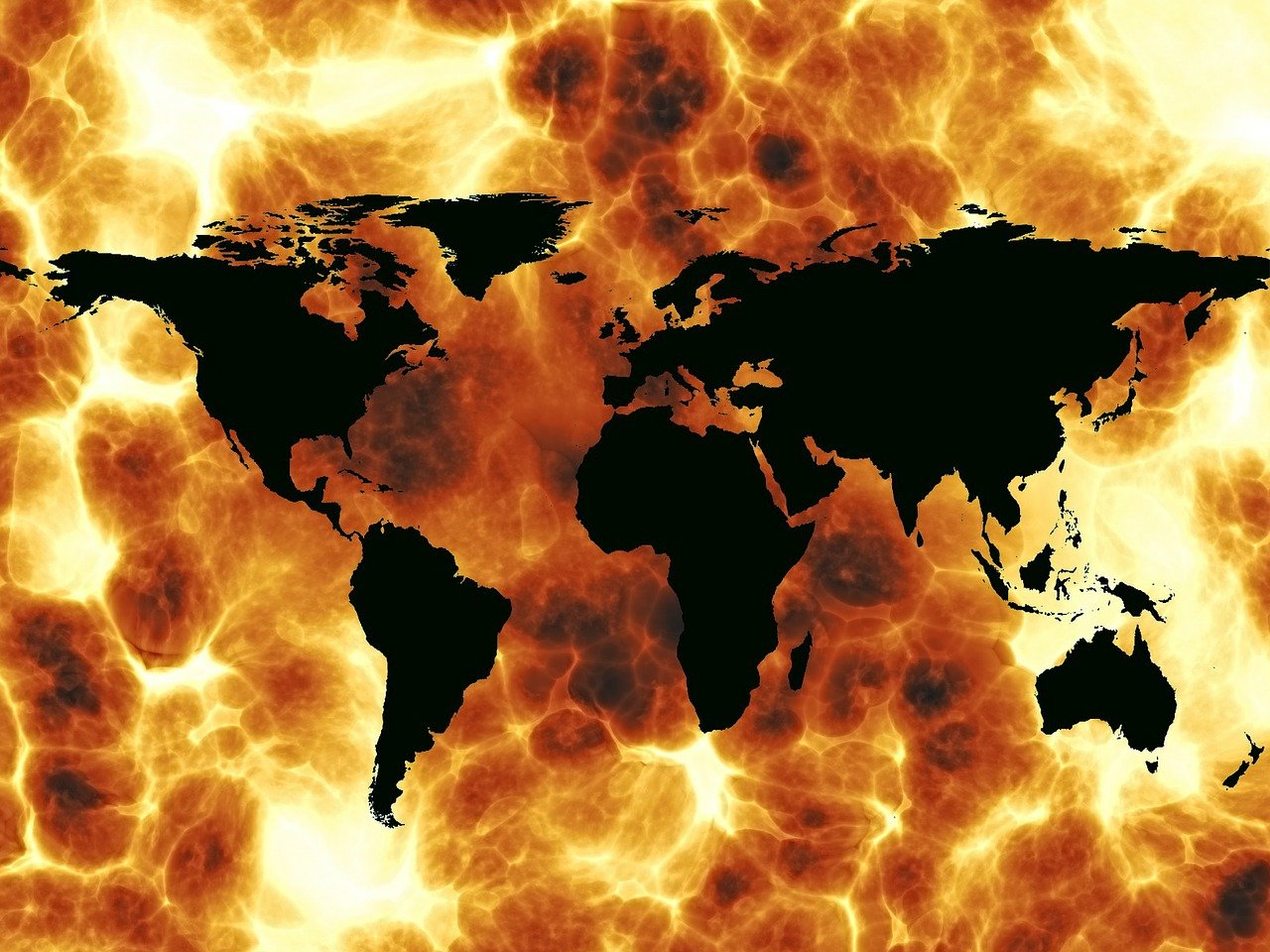 How Hot Will It Get?

Truth be told, I had never heard of climate change before seeing Al Gores’ “An Inconvenient Truth”. At the time the movie came out, I had a young family.  I was busy working, raising my kids, and more focused on things within my own personal sphere. I wasn’t paying attention to what was going on with the planet. “An Inconvenient Truth” brought the issue to my awareness and I’ve been paying attention ever since.  The film came out in 2006…you would think that by now, in 2018, we, as a collective, global society, would have already responded to midigate the damage to our planet…..What is it going to take for the planet to be heard….How much more evidence is necessary for us to believe and accept that our earth is ill and is suffering with a fever.

North America is on fire with temperatures from coast to coast well above normal. According to Brian Kahn for Climate Central:

Summers around the world are already warmer than they used to be, and they’re going to get dramatically hotter by century’s end if carbon pollution continues to rise. That problem will be felt most acutely in cities.

The world’s rapidly growing population coupled with the urban heat island effect — which can make cities up to 14°F (7.8°C) warmer than their leafy, rural counterparts —  add up to a recipe for dangerous and potentially deadly heat.

Currently, about 54 percent of the world’s population lives in cities, and by 2050 the urban population is expected to grow by 2.5 billion people. As those cities get hotter, weather patterns may shift and make extreme heat even more common. That will in turn threaten public health and the economy.

“Under the high-pollution scenario, currently mild Ottawa, Canada could have the tropical climate of Belize City by 2100. Mountainous Kabul, Afghanistan could feel like coastal Colombo, India. Already hot Cairo, Egypt could feel like its downright sweltering neighbor Abu Dhabi.” 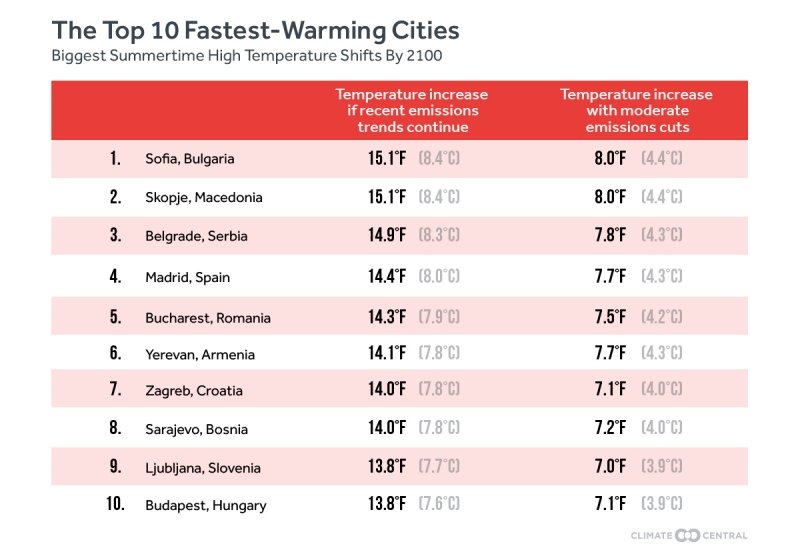 As the yearly Arctic sea ice melt season comes to an end, it looks like this year will likely be among the 10 lowest ice minimums on record. This means the 15 lowest sea ice extents (ice coverage) in the 42-year satellite record have all occurred in the last 15 years.

As for the west coast which has become a tinderbox, “There are currently 29 large uncontained fires raging across the United States.”

‘The New Normal’: Wildfires Roar Across the West, Again

‘The New Normal’: Wildfires Roar Across the West, Again (Published 2018)

GUINDA, Calif. – As a roaring fire engulfed the hillside above him, Capt. Mark Bailey leaned on his shovel and guarded against embers leaping to the unburned side of the road above this small Northern California town. “We’ve got a lot of work to do,” he said on Monday.

This week, Montreal was hotter than Cuba! In the city, the heat island effect was in full force as one could feel the sweltering heat being released from the asphalt and cement which covered most ground surfaces. If you were outside, the only welcome relief to be found was under the welcome shade and canopies of large trees and green grass.

The relief from the trees made me think of one of my favorite projects from grade 6, my papier maché mock up of the hanging gardens of babylon. Wouldn’t that work in todays times? The current built environment which I refer to as our cement cities, still mostly consists of cement and asphalt which only worsens the heat island effect. Rethinking the materials we use to build our infrastructures and buildings can go a long way  in reducing the current heat load on the earth.

© 2021 American Association for the Advancement of Science. All rights reserved. AAAS is a partner of HINARI, AGORA, OARE, CHORUS, CLOCKSS, CrossRef and COUNTER.

Who speaks for the earth? The planet needs our collective actions….not tomorrow nor in five years..but like yesterday…. What are we waiting for?