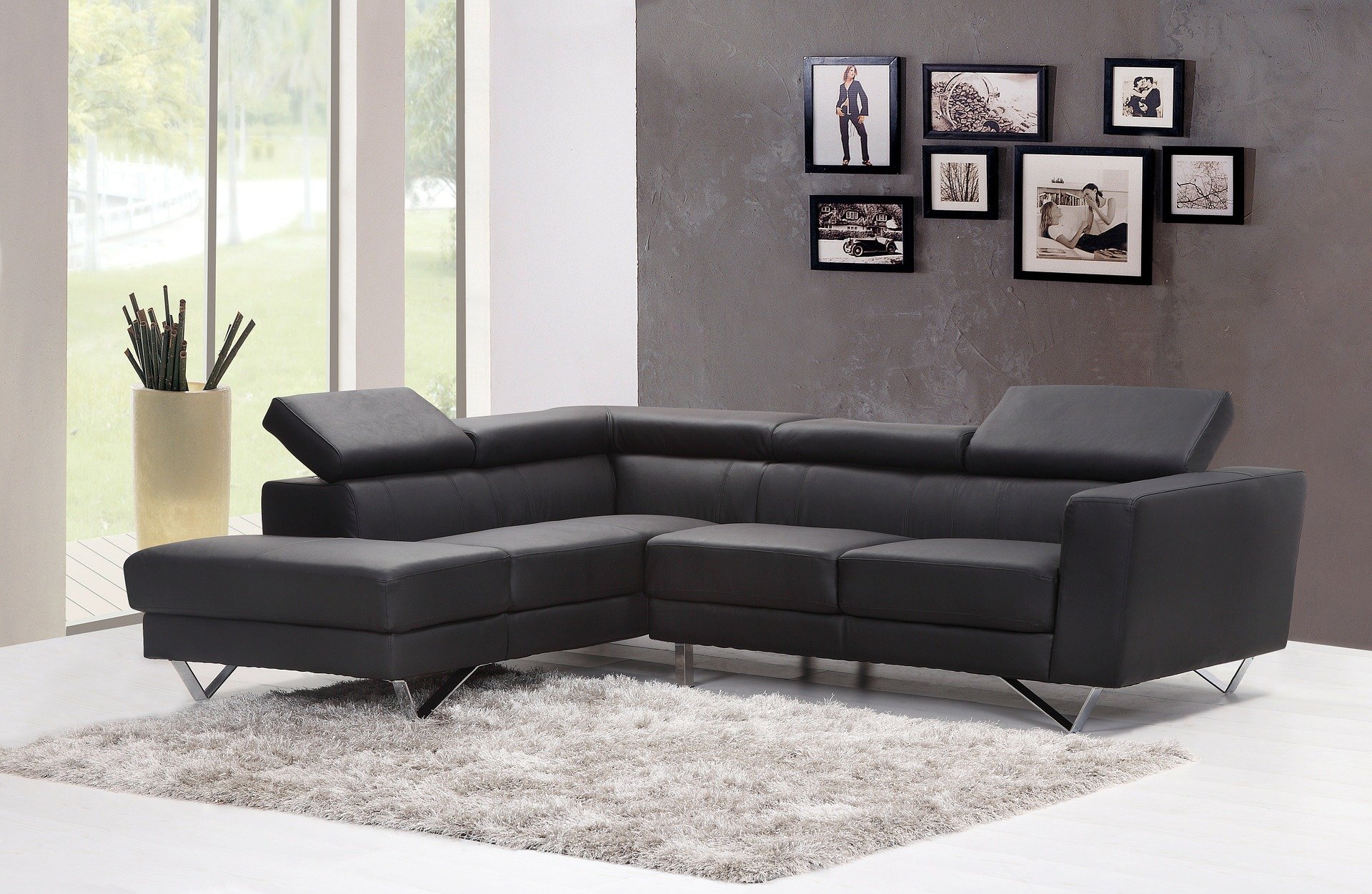 According to December’s Centris report, across the Montréal CMA, the number of single-family home transactions rose by 3 per cent (1,491 sales) while condominium transactions grew by 2 per cent (993 sales). In contrast, plex transactions fell by 1 per cent (336 sales). 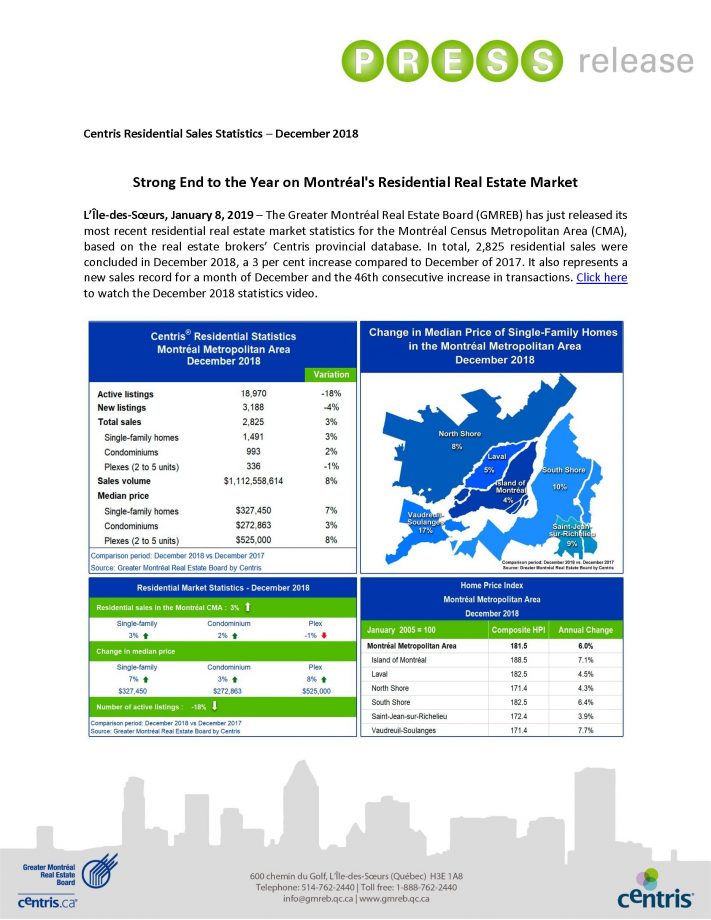 The Royal Bank just released their most recent real estate market report for Canada. Here is their January 2019 report and outlook for 2019 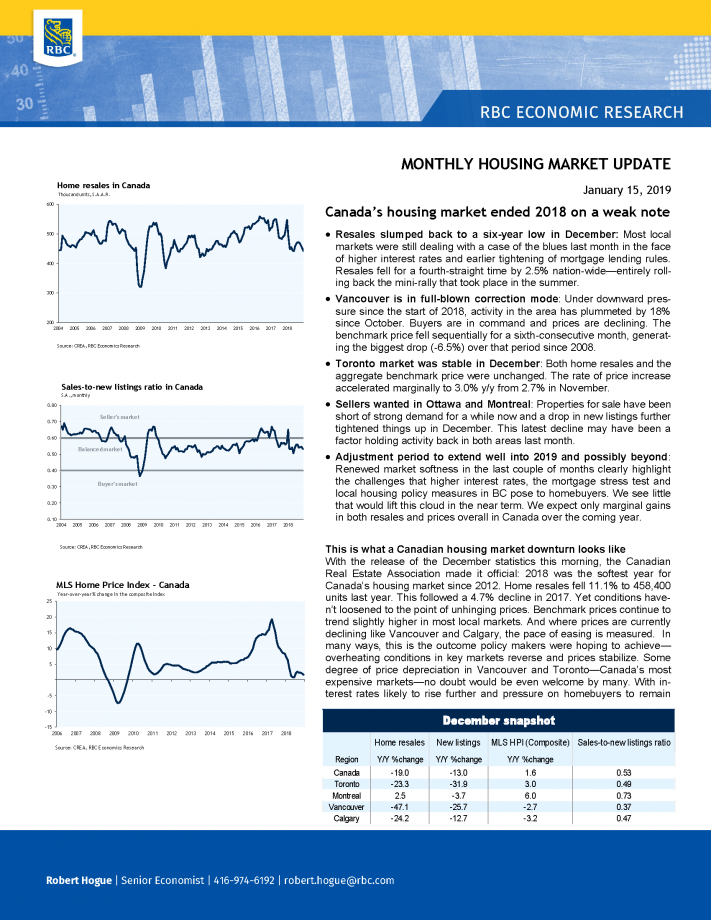